Avenged Sevenfold fans listen up!! Things are getting exciting at the Jiffy Lube Live in preparation for the End of the World Tour featuring Avenged Sevenfold, Prophets of Rage and Three Days Grace! It’s all happening on Wednesday 1st August 2018! Get your tickets today!! 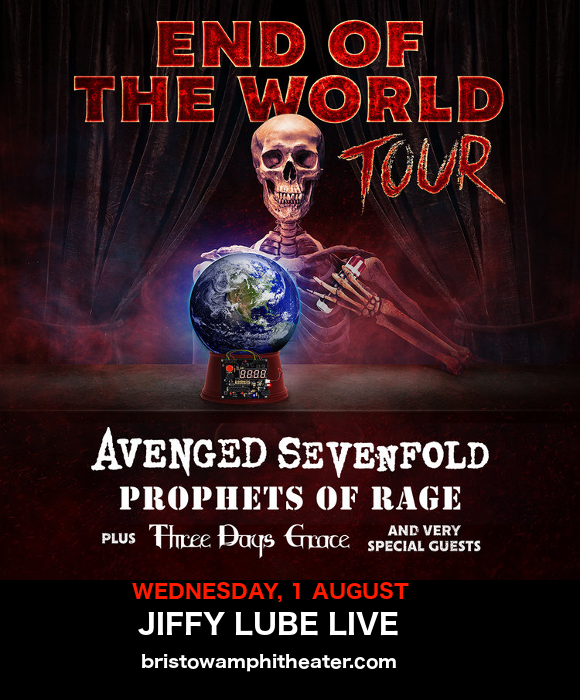 Avenged Sevenfold’s most recent album, “The Stage,” has shaken the metal world. The band’s first concept album, with a focus on artificial intelligence, the album also features several songs that are six minutes or longer. “You know, we never felt that we had to write a radio song,” said vocalist M. Shadows in an interview. “I think either we wanted to write songs that were shorter, and I think we're always one of those bands that reacts to our previous record. If you look at records, they bounce back and forth between one style, then they kind of jump to the next style because we're kind of sick of the style we played previously. I think Hail to the King was so stripped down that this record was more of us just kind of letting our hair down… we just really wanted to let our chops be shown, and just play a different type of metal.”

Get ready to experience all the songs from The Stage – in addition to well-known fan favorites live on August 1st! Have you got your tickets yet??