If you thought it was all over for Ozzy Osbourne fans with his No More Tours Tour, you were wrong. The indestructible spirit of the godfather of metal has Ozzy back on the road in 2018, with Stone Sour as support!! If you missed the last one, No More Tours 2 is your chance to catch Ozzy Osbourne for what might finally be the last time. Coming to the to Jiffy Lube Live on Friday 14th September 2018 – get your tickets NOW to see one of metal’s greatest LIVE!! 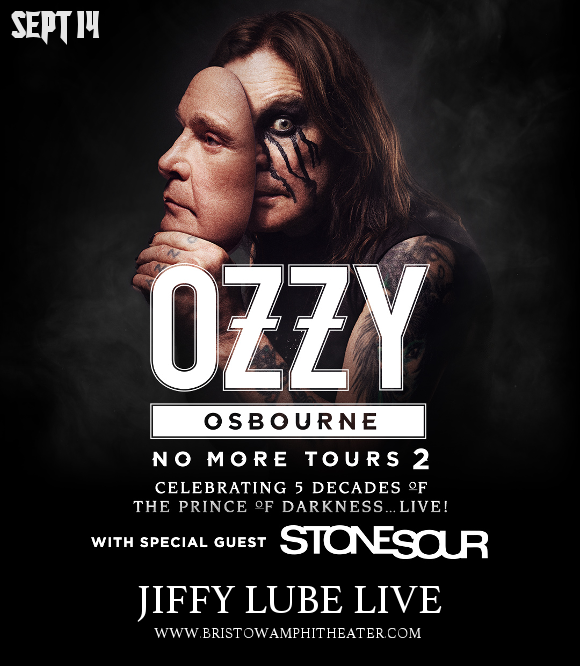 Rising to fame in the 70s with his role as lead singer of Black Sabbath, one of the earliest pioneers of the heavy metal genre, Ozzy quickly established himself as one of the founding fathers of metal. Following his career with Black Sabbath, Ozzy went on to establish a successful solo career under the management of his wife, Sharon Osbourne, releasing 11 albums, a whopping seven of which were certified with multi-platinum status by the RIAA.

“I’ve been extremely blessed to have had two successful music careers,” said The Prince Of Darkness in a press release. “I’m looking at this final tour as being a huge celebration for my fans and anyone who has enjoyed my music over the past five decades.”

Are you ready to catch one of the longest-running and most influential metal acts EVER?? Then get your tickets NOW for Ozzy Osbourne and get ready for the show of your life!!