The triple-billing rock titans, Alice in Chains, co-headline with Breaking Benjamin and special guests Bush are coming to rock Jiffy Lube Live on Wednesday, October 5th 2022. Alice In Chains will play classic hits, along with songs from newer albums, and Breaking Benjamin will be playing heavily from its most recent work "Aurora," along with other hits. And you are gonna be buying some tickets, this is an all 90s rock band reunion, and it is going to get very, very heavy. So what are you waiting for, you know the bands, you know they're great, come get your rock on! 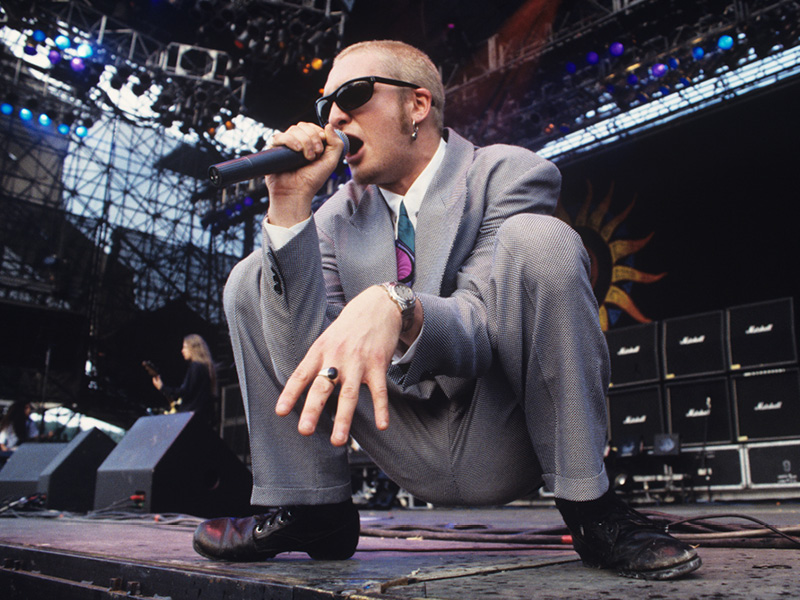 "We're looking forward to finally hitting the road again this summer," enthuses AIC's Sean Kinney. "It’s been too long, and we can’t wait to get outdoors and share a night of music with our fans again.” Breaking Benjamin's Ben Burnley continues: "We are so extremely excited to be hitting the road with Alice In Chains and Bush. It’s such an honor to share the stage with such amazing bands that we grew up listening to and have influenced us so very much! We can’t wait to see you all out there!!”

Alice in Chains celebrate the 30th anniversary of their landmark 1992 sophomore album, Dirt, which was released way back in September 1992, and this tour is their first in over 3 years. Formed in 1987 in Seattle, Washington, Alice in Chains is guitarist and vocalist Jerry Cantrell and drummer Sean Kinney, they are joined by bassist Mike Inez, and co-lead vocalist and rhythm guitarist William DuVall.

To date they have released six studio albums, with their latest being, Rainier Fog, which was released in August 2018, debuting at number 12 on the Billboard 200 chart, and number 1 on Billboard's Top Rock Albums, Alternative Albums and Hard Rock Albums charts. It became Alice in Chains' first top 10 in the UK, peaking at number 9, and winning a 2018 Metal Storm Award for Best Alternative Metal Album, it was also nominated for a Grammy Award for Best Rock Album in 2019.

They have produced seven studio albums, two compilation albums, and three EPs. Their latest being the compilation album, Aurora, which contains reworked versions of some of their biggest hits from the past. It also includes one new song, the lead single "Far Away" featuring Scooter Ward from Cold. The album also includes guest appearances from Lacey Sturm, Michael Barnes of Red, Adam Gontier of Saint Asonia, and Spencer Chamberlain of Underoath. It peaked at number 29 on the billboard 200 and number 1 on both the Billboard Top Rock Album and Hard Rock Album Charts.