Multi-platinum-selling Grammy Award-winners Dave Matthews Band are coming to Jiffy Lube Live on Saturday 9th June 2018! Returning with their first studio release in six years, the band will be performing classic DMB hits in their own inimitable way, plus fresh new material to get you grooving! Don't miss these masters at work – their live shows are second-to-none! 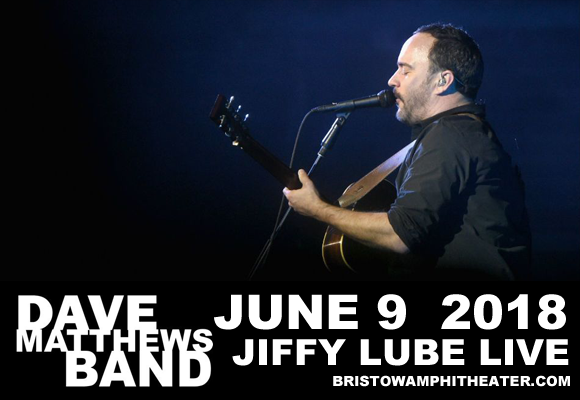 Staples of the North American touring circuit, Dave Matthews Band have become one of the U.S.'s best-loved rock bands. Formed as a college band in Charlottesville, Virginia in 1991, the group built up a fanbase over several years of playing frat houses and coffee shops, and retain a reputation for incredible live shows to this day, embarking on an annual North American summer tour that continues to sell out, year on year. Releasing their debut studio album Under the Table and Dreaming in 1994, band received four Grammy Award nominations in their first two years alone, making them a household name. To date, the band has sold over 50 million records worldwide, and their 2012 number-one album Away from the World made them the first group ever to have six consecutive studio albums debut in the top spot.