You are in good company this summer as your favorite spin-off band, Dead & Company, delivers another epic concert performance right in the heart of Bristow, Virginia. Get ready for one of the most explosive shows to grace Jiffy Lube Live this June 3, 2023. Get ready for a night of bursting rock n roll jams intensified by the dazzling musicianship of Grateful Dead's original members Bob, Bill, and Mickey, together with John Mayer, Oteil Burbridge, and Jeff Chimenti. Join thousands of rock fans as you jam to the iconic tunes of the Grateful Dead. Book your tickets early and prepare for an intense night with the all-star band, and see what surprises they have in store for all their beloved fans. Gather your concert buddies and throw your rock hand signs in the air because this will be one hell of an epic show. 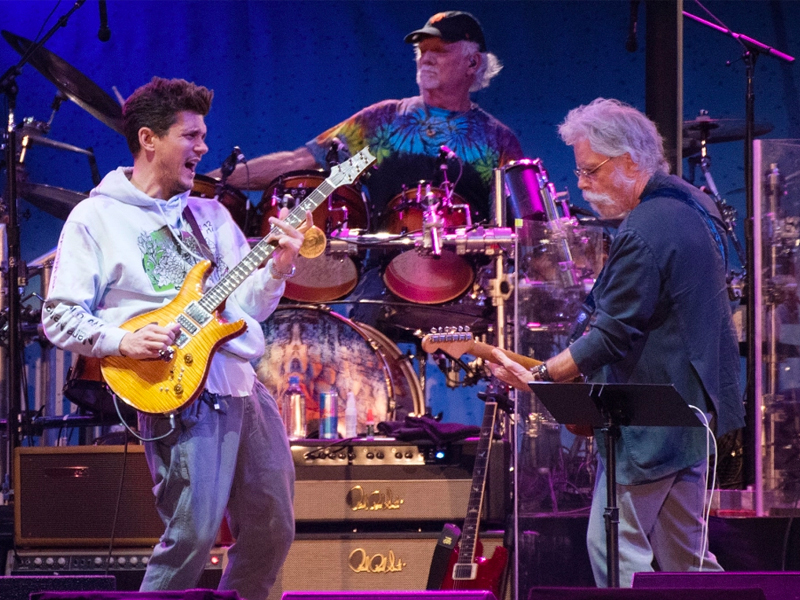 Grateful Dead prospered for decades, beloved and celebrated by many people from different generations. They are best remembered for the songs "The Golden Road (To Unlimited Devotion)," "Scarlet Begonias," "Bertha," and "Fire on the Mountain." After decades of members leaving and returning from the band, Bob Weir, Phi Lesh, Mickey Hart, and Bill Kreutzmann continued the band's legacy. But in 2015, in their "Fare Thee Well: Celebrating 50 Years of the Grateful Dead" concert, the band bid goodbye to their longtime fans. However, some members (Weir and Kreutzmann) and the fans are adamant about letting go and want to continue the band's work. Because of this desire to carry on, Dead & Company was conceived.

Besides Weir and Hart, John Mayer, Oteil Burbridge, and Jeff Chimenti comprise Dead & Company. They started touring in 2015. Mayer and Weir led the band as a strong bond grew between the two. In 2016, they started their major tour. It was well-received. In response, they began a yearly tour eagerly anticipated by both old and new fans. Even though they have not released any original songs, their tours are recorded and sell well every time.

In their summer tour next year, they will be rocking in Bristow, Virginia, at Jiffy Lube Live on Saturday, June 3, 2023. Mark your calendars. This is a concert that you do not want to miss!