The Sickness 20th Anniversary Tour right here at Jiffy Lube Live on Sunday July 26th 2020! Disturbed with very special guest Staind and Bad Wolves, celebrating the two-decade anniversary of the band’s seminal album, The Sickness. Buy your tickets now, on this tour, the band will perform songs off the album, as well as tracks from their most recent studio release, Evolution, and their extensive catalog. The very special guests, Staind and Bad Wolves will also debut new music… you do not want to miss it! 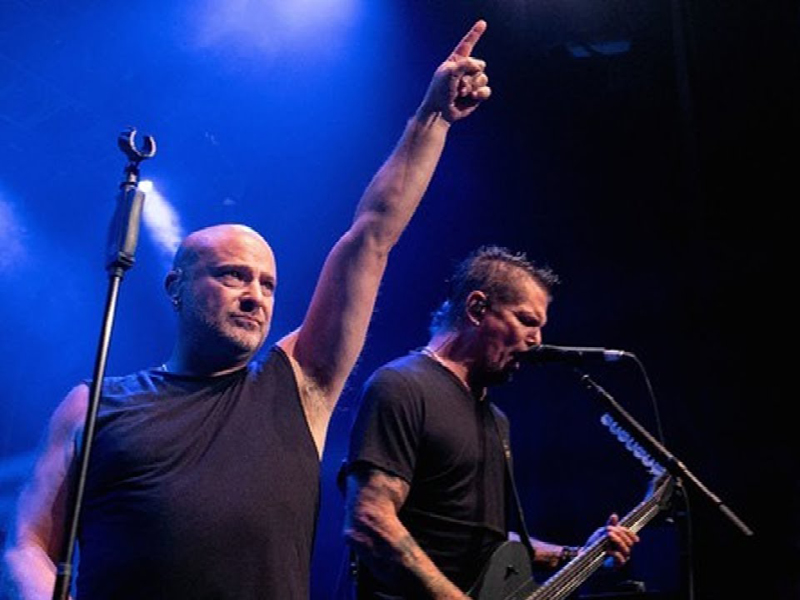 Disturbed are vocalist David Draiman, guitarist/keyboardist Dan Donegan, bassist John Moyer and drummer Mike Wengren. They are one of the most successful rock bands in modern history. The multiplatinum-selling quartet accomplished the rare feat of achieving five consecutive number one debuts on the Billboard Top 200. “The Sound of Silence,” garnered a nomination at the 2017 GRAMMY Awards in the category of “Best Rock Performance.” Since their formation in 1996, the band has sold 16 million albums globally and scored twelve No. 1 singles. Named “Best Rock Artist” during the 2017 iHeartRadioMusic Awards, Disturbed continue to boldly forge ahead with the release of their aptly titled seventh offering, Evolution.

Staind are lead vocalist and rhythm guitarist Aaron Lewis, lead guitarist Mike Mushok, bassist and backing vocalist Johnny April, and drummer Sal Giancarelli. Over the course of their career, the band released seven studio albums and eight Top 10 singles, selling over 15 million albums worldwide. Their smash hit single “It’s Been A While,” became one of the most played songs in modern rock radio history, spending 20 weeks at Number 1.

Bad Wolves consists of vocalist Tommy Vext, drummer John Boecklin, guitarist Doc Coyle, guitarist Chris Cain and bassist Kyle Konkiel. They released their debut album, Disobey in May 2018, which reached #22 on the Billboard Top 200. Their global breakout single, “Zombie,” is certified Platinum in the U.S. and Sweden, double Platinum in Canada, Gold in Australia and IMPALA Diamond in Europe.