G-Eazy, Logic, Yo Gotti & YG are teaming up for an endless summer tour and will be stopping off at Jiffy Lube Live on Thursday 4th August 2016! It's going to be an exciting year for all the acts as YG's yet to be released highly-anticipated project, 'Still Krazy​', is getting close to dropping and Logic and G-Eazy are celebrating the release of their most recent albums. G-Eazy has taken top place in the charts with featured guest vocalist Bebe Rexha as they hit No. 1 with "Me, Myself & I."

Grab your tickets today for an off the chain night of the best and latest names in Hiphop! 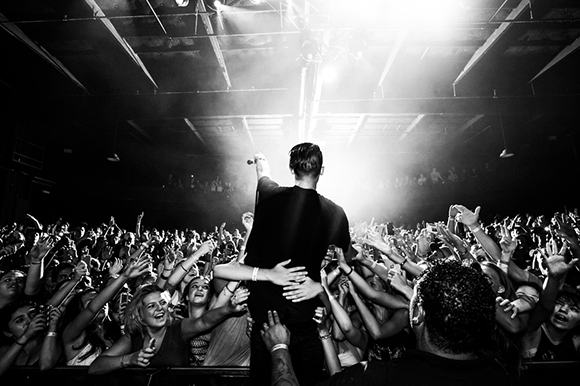 "With his third studio album, When it's Dark Out, recently released, Gerald Earl Gillum, better known by his stage name G-Eazy, is poised to have a massive 2016. His single "Me, Myself and I" continues to climb up Billboard's Top 100, proving that he is on the precipice of significant commercial success. However, this success didn't come without hard work. The Oakland native has been a road warrior the past two years, playing dive bars and middle-billing festivals throughout the country. Now, the rapper is in good company with the likes of 2Pac, E-40, and Too Short."