There’s a huge hip-hop tour about to go down at Jiffy Lube Live – we’re talking, of course, about G-Eazy and Lil Uzi Vert’s HUGE co-headlining tour with YBN Nahmir, P-Lo and DJ Murda Beatz! This incredible lineup will perform live at the Jiffy Lube Live on Thursday 30th August 2018 – you can’t afford to miss it!! Grab your tickets NOW while they last!! 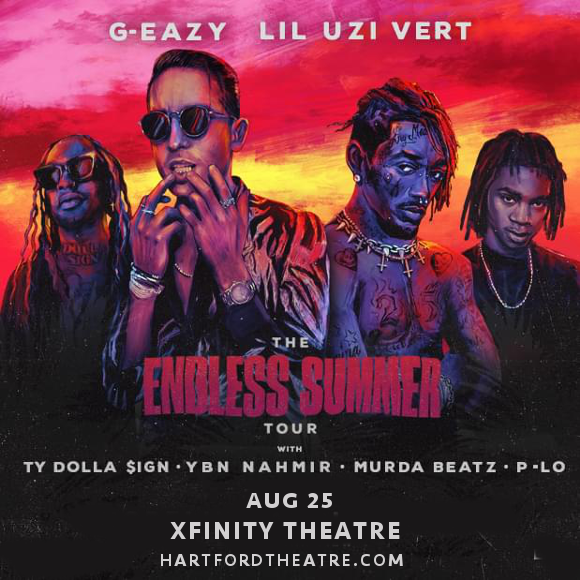 G-Eazy has a busy touring year ahead of him, wrapping up the The Beautiful And Damned tour in support of his latest album “The Beautiful And Damned” before moving on to tour alongside Lil Uzi Vert – whose first full-length album went straight to the top of the charts last and has had critics across the world singing his praises. “Whether he's full of joy or howling into the void, he pushes his songs to their edge, which helps to deliver on the promise shown in his earlier work,” was Pitchfork’s glowing review for “Luv Is Rage 2”. “We knew Lil Uzi Vert would become one of rap's biggest stars, but Rage 2 suggests that he may spend his time on top experimenting rather than retreating to a comfort zone.” Expect an incredible show with YBN Nahmir, P-Lo and DJ Murda Beatz rotating opening sets – and possibly some special onstage collaborations from some of the acts too!

Whatever happens, it promises to be awesome – so make sure you’re there!! Get your tickets NOW while you’ve got the chance!!