Put the Saturday 27th July 2019 in your calendars – South Carolina’s 90s legends Hootie & The Blowfish are back after 10 years away from the spotlight! It’s been two and a half decades since the release of their phenomenally successful album “Cracked Rear View,” and they’re ready to celebrate that legacy with fans LIVE at the Jiffy Lube Live Bristow!! Don’t miss it – get your tickets today!! 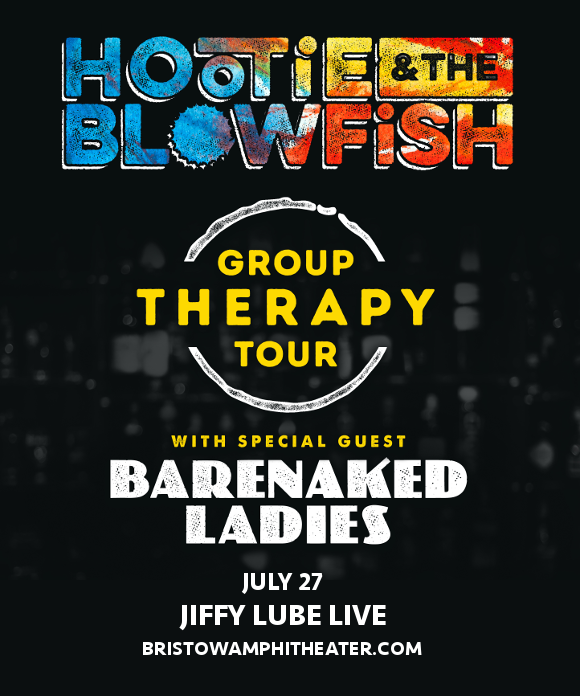 The rapid success of Hootie And The Blowfish’s debut album took the band from playing local shows to selling out stadiums. After relentless touring of huge stadiums and sold-out arenas around the world and four more albums released since their debut, the band finally decided to call it quits for a while. “Darius was releasing his first single at the same time,” Him Soenfield explained, regarding their lead singer’s highly successful solo foray into country music. “So, he really got the opportunity to put a great effort, a full effort into country music. And when that blew up, it helped in some ways to secure that we would be dormant for more than six months.”

Now the band are back, and they’ve got more up their sleeve than just an epic tour – Hootie And The Blowfish have promised that all-new material is in the works! Fans can get ready to sing along to all the songs from “Cracked Rear View,” and maybe be hit with a few surprises too! Don’t miss out – get your tickets to see Hootie And The Blowfish NOW!!