Rock and Roll Hall of Fame Band Journey! Teaming up with Rock and Roll Hall of Fame band Pretenders! For one night only at Jiffy Lube Live on Sunday 2nd August 2020. Don’t miss your chance to watch this LEGENDARY show!!! Buy your tickets now! Both bands are going to be playing all their hits from start to finish all night long, classics such as “Lights,” “Faithfully,” “Any Way You Want It,” “Open Arms,” “Wheel In The Sky,” “Separate Ways,” and the seminal “Don’t Stop Believin’, and then even more hits such as “I’ll Stand By You,” “Back On The Chain Gang,” “Brass In Pocket,” “Don’t Get Me Wrong,” “2000 Miles,” “My City Was Gone,” “Middle of the Road.” 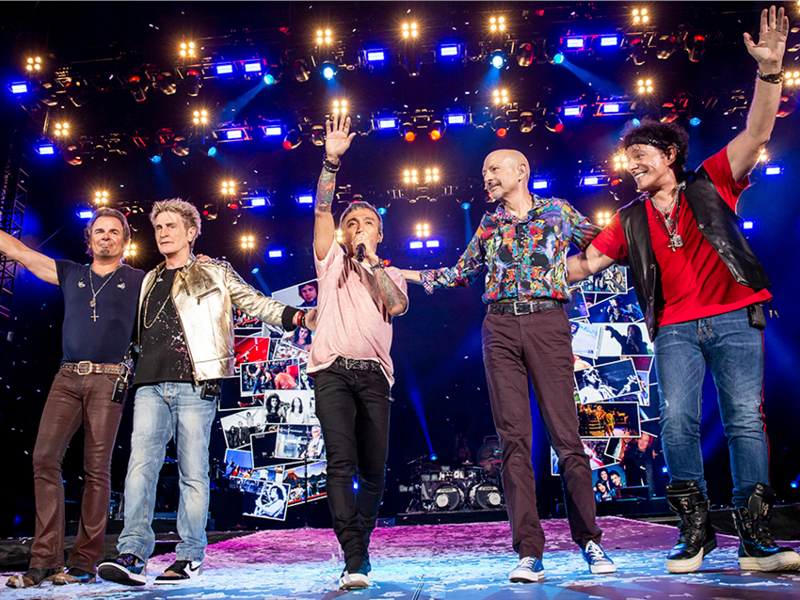 Journey now features founding members guitarist Neal Schon and bassist Ross Valory, long-time keyboardist Jonathan Cain and drummer Steve Smith, and singer Arnel Pineda. Creating some of the best-known songs in modern music. They have continued to tour and record into the 21st century, and have never stopped creating vital music. Since the group’s formation in 1973, the band has earned 19 Top 40 singles and 25 Gold and Platinum albums. The band’s Greatest Hits album is certified 15 times Platinum, bringing Journey into the elite club of Diamond-certified album holders.