MASSIVE news for all fans of country and pop!! The legendary Keith Urban has officially confirmed his 2018 and the support act – the amazing Kelsea Ballerini!! The pair are on their way to the Jiffy Lube Live on Saturday 11th August 2018. Tickets are on sale now, but it won’t be long before they’re all snapped up!! Be speedy on that “Buy Tickets,” button if you want to be sure of your place at the show! 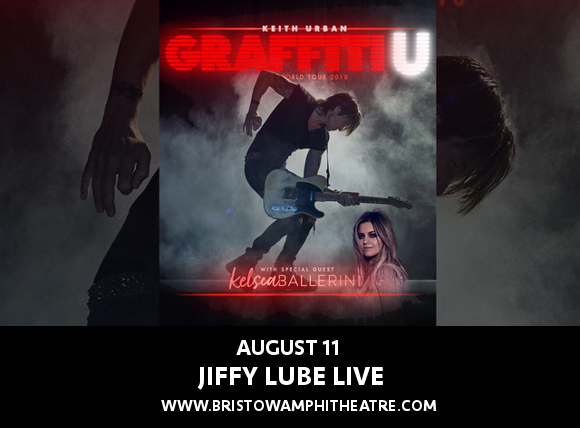 With a recent surprise announcement for the 58-date upcoming tour across Canada and the United States, Keith Urban performed a pop-up show with tour support act Kelsea Ballerini (watch the live performance in the video below), covering “Never Be the Same” by Camila Cabello – indicating Kelsea may join Keith during his headlining act for some special numbers!! The choice of song was no departure from the norm for Keith Urban though – described by some as more fitting into the pop ballad genre than strictly country, he’s experimented with all sorts of genres, and covered songs by artists ranging from the Bee Gees to Simon and Garfunkel!! Even the content of his new album is still uncertain, with Keith still tinkering with the final mixes to get everything just right.

Fans can really expect nothing but the unexpected – Keith Urban knows how to keep an audience on their toes!! But we know one thing for sure – those tickets are going to sell out fast, so be QUICK about getting yours!!