EVENT POSTPONED (date TBA). Hold on to your tickets! They will be valid for the new date once announced.

The Chillaxification 2020 Tour will soon be in full swing! It will capture and spread blithe summer vibes as cool country dude Kenny Chesney serves up his chillaxing country-rock hits to make this summer truly unforgettable. From stadiums to amphitheaters, Kenny Chesney will rock the house with his effervescent energy that has elevated him to be declared one of the most popular touring acts in country music. Catch Kenny Chesney as he invades the Jiffy Lube Live on Thursday 18th June 2020. It's definitely a smash! Tickets are on the move and so should you. But you don't have to leave your seat. Just move your finger and click on that 'get tickets' link on this website. Now sit back, relax, save the date until it's showtime! 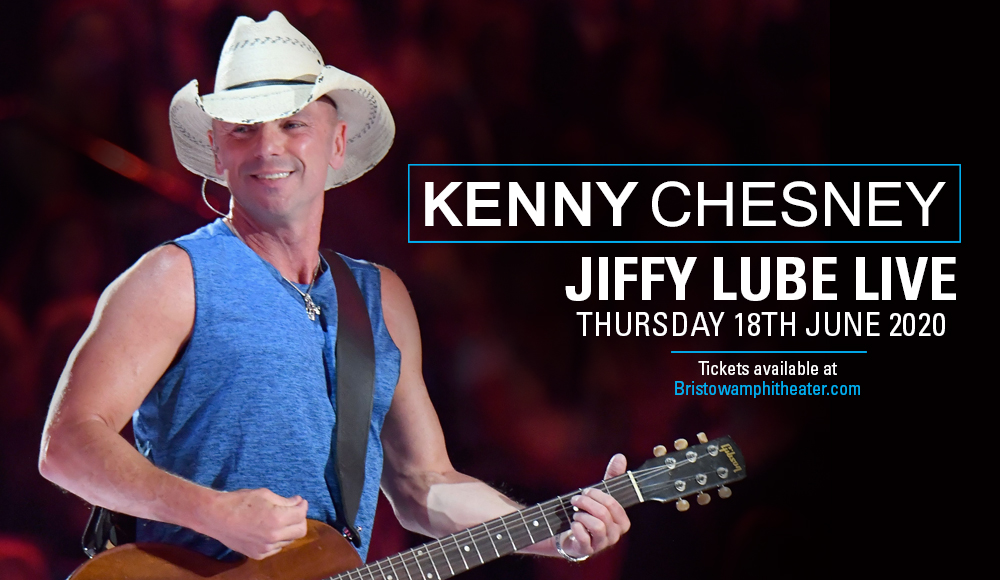 Kenny Chesney's summer concert tours may well be the lifeblood that pumps up his career. Recognized as one of the most popular touring acts in country music, Chesney's 2007 Flip-Flop Summer Tour was the highest-grossing country road trip of that year. And that was not reason enough for him to rest on his laurels. Kenny Chesney is doing it again, this time with his Chillaxification 2020 Tour.

“These stadium shows are the most fun thing I do," Chesney says in a press release. "It’s been a year, so when I get out there, I wanna make sure that No Shoes Nation is being rocked, having fun and getting all the music they can out of the day."

Adds Chesney in another press release, “As crazy and awesome as the stadium shows are — and there’s nothing like them — there is a vibe to the amphitheater shows that only happens in those places. You look out at the lawn, you see everybody coming together, singing the songs — and it’s this community that feels so close.”

Kenny Chesney has released 20 albums to date, all of which have been certified Gold or higher, amounting to a whopping over 30 million albums sold worldwide. He has more than 40 Top 10 singles on the US Billboard Hot Country Songs and Country Airplay charts to his name, 30 of which have reached number one.

A bonafide stadium filler, Kenny Chesney is a country superstar who rocks! Who would want to miss that? ! Book your tickets now!