Get ready for the show of a lifetime… that’s right, the rumors have been confirmed!! Legendary rock band KISS are on tour for the LAST TIME EVER in 2019 with the End Of The Road tour, hitting Bristow on Sunday 11th August 2019!! Grab your tickets now and get on down to Jiffy Lube Live on the day – be quick about getting tickets though because these bad boys are expected to disappear FAST!! 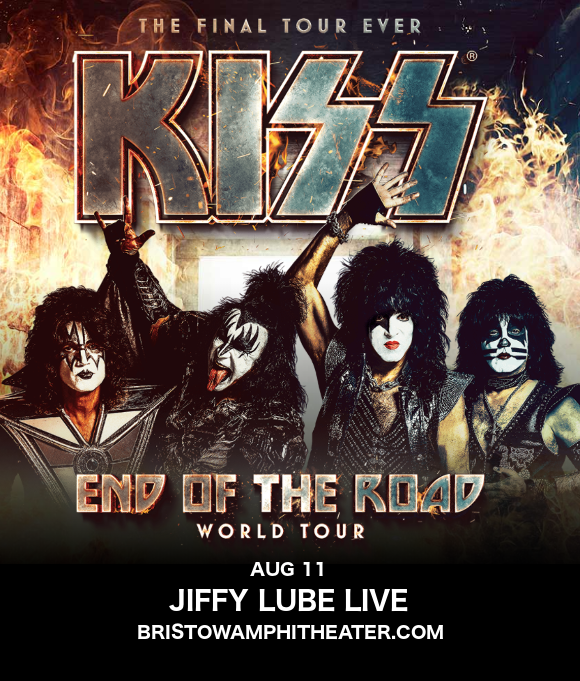 Founded in New York City in 1973, KISS’ career had a careful start under a record label that seemed on the verge of collapse – but with their first double live LP, “Alive!”, KISS went Gold, and gained a huge following that would launch their career.  Over the years, several changes to the band’s original lineup – Gene Simmons, Paul Stanley, Peter Criss, and Ace Frehley – took place, but these were well masked, almost literally, by what became the band’s signature look. Donning a full face of white face paint and leather costumes, KISS took on new personas for their band, with comic-book style character names.

If one thing set them apart from other bands of their time, it was this – KISS’ image and logo became instantly recognisable around the world, and helped to push their music into the ears of millions. To this day, they are one of the best-selling bands in the world.

Get ready to witness the glorious end of KISS’ incredible career LIVE – book your tickets NOW while you still have the chance!!