Platinum-selling country superstars Lady Antebellum are back on the road this summer, on their You Look Good Tour! Promoting the band's newest studio album Heart Break, the group are back doing what they do best, taking to the stage at Jiffy Lube Live on Saturday 24th June 2017! Joining the "Need You Now" hit-makers will be Kelsea Ballerini & Brett Young! 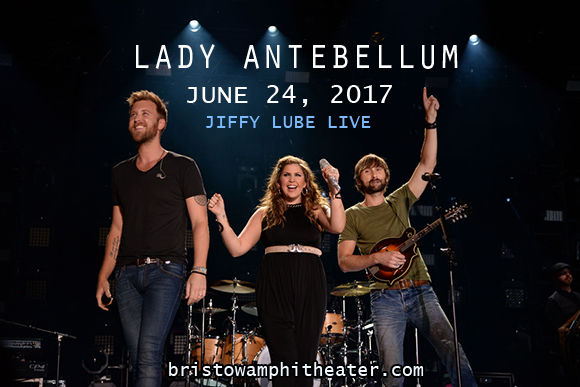 Formed in 2006 in Nashville, Tennessee, and signed to Capitol Records the following year, country band Lady Antebellum found popularity in 2007 when they appeared on Jim Brickman’s single “Never Alone”. The following year, their eponymous debut album was released, which launched a number one single and eventually earned the band RIAA platinum certification and a Grammy Award nomination. Their 2009 single “Need You Now” was a huge success in both the US and abroad, becoming a crossover hit. The song pent 5 weeks at Number One on the Adult Contemporary charts, reaching Number 2 on the Billboard Hot 100, and leading the band to win five awards at the 53rd Grammy Awards, including Song of the Year and Record of the Year. Lady Antebellum's seventh studio album, Heart Break, is slated for release on June 9, 2017.