It's the time that we've all been waiting for as the Country superstar – Luke Bryan has announced his tour for 2017! His performances are one of the most talked about on the scene and this time you can not only catch his groundbreaking songs LIVE but also experience the talented support act – Brett Eldredge! Both artists will be hitting Jiffy Lube Live on Friday 12th May 2017! Grab tickets while you can! 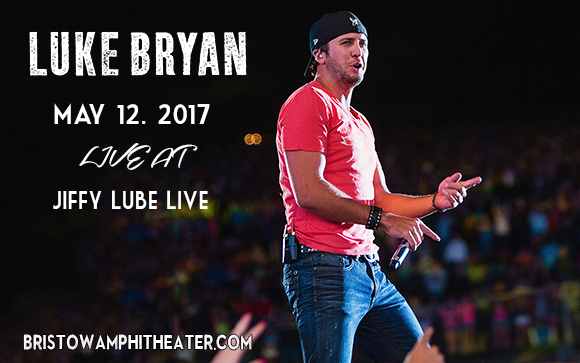 Luke Bryan is an outstanding vocalist who truly brings the feel good energy where-ever he goes! Almost every year the talented Luke Bryan takes to the road and time and time again fans gather to sell-out each stadium he performs at.

With a number of awards under his belt such as; CMT Music Awards – Breakthrough Video of the Year, American Country Awards – Single by a Male Artist — "Someone Else Calling You Baby", American Music Awards- Favorite Male Country Artist Won, Favorite Country Album… it is clear that he is respected and known not just in the United States, but also globally!