Maroon 5 are back with a huge arena tour for 2021! The “Memories” pop-rockers will be heading to Tuesday 7th September 2021 for a night of chart-topping, singalong hits, as well as brand new material from their as-yet-unreleased seventh studio album! The platinum-selling stars have also drummed up an unbelieveable support line-up from two fellow Grammy Award winning acts: pop singer Meghan Trainor and soul singer Leon Bridges! 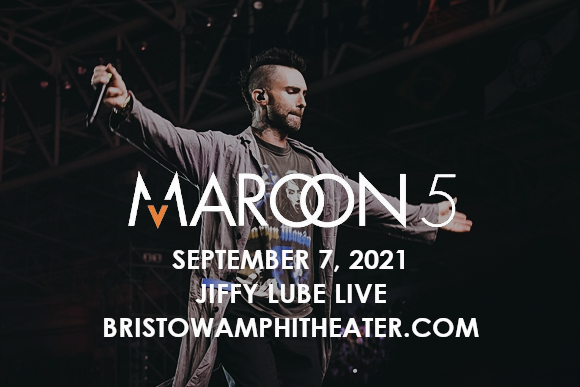 Having formed under the name Kara's Flowers in 1994, Maroon 5 had their breakthrough in 2002 with their debut album Songs About Jane. Helped by the success of five hit singles, including "Harder to Breathe", "This Love" and "She Will Be Loved", the album went quadruple-platinum and peaked at number six on the Billboard 200. It was the first in a string of platinum and multi-platinum albums for the group, and all five of their following albums have either reached number one or number two on the Billboard 200. The band has also charted several number one singles on the Billboard Hot 100, including "Makes Me Wonder" (2007), "Moves Like Jagger"
(featuring Christina Aguilera) (2011), "One More Night" (2012) and "Girls Like You"
(featuring Cardi B) (2018). Maroon 5 has won three Grammy Awards to date, and has sold more than 120 million records worldwide, making them one of the world's best-selling music artists.