Hip-hop fans, get ready for a nostalgia kick! That’s right, Nelly is teaming up with TLC and Flo Rida this year for a huge tour around the US! They’re bringing you an amazing concert at the Jiffy Lube Live on Tuesday 30th July 2019 – get your tickets now!! 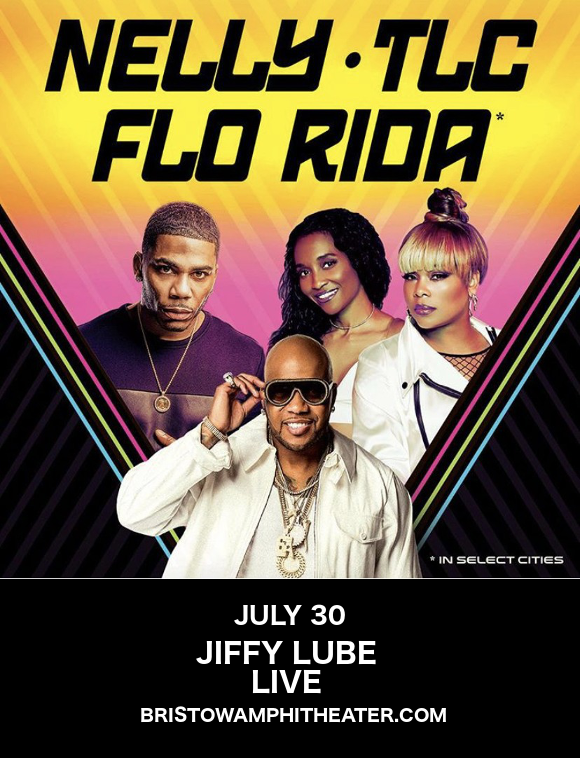 Opener Flo Rida has been teasing fans with promises of a new album in 2019 and the single “Dancer”, so fans can expect to hear new material alongside his existing series of bestselling singles including “Right Round,” “Whistle,” “Club Can't Handle Me" and more.

One of the most successful all-female music groups in history, TLC have had a series of smash hits around the world including “Waterfalls,” “No Scrubs,” and “Pretty”. IN 2002, tragedy struck the group, when Lisa “Left Eye” Lopez was killed in a car crash. Since then, the remaining two members, Tionne “T-Boz” Watkins and Rozonda “Chilli” Thomas have released two albums, “3D” which they’d worked on with Lopez – and most recently, “TLC” their epic comeback album!!

Finally, the rapper Nelly will bring the show to its peak. With his first album “Country Grammar,” in 2000, he hit the charts and has continued to do so over and over ever since. The winner of several Grammy awards and with millions of records sold around the world, he is today considered to be the 4th best-selling rap artist in American musical history.

Are you ready to experience the latest Flo Rida, the essential TLC and all the hits from Nelly LIVE?? Tickets won’t last long – grab yours NOW!!