Get ready, pop and country fans alike! One Direction’s famous Irish crooner Niall Horan is teaming up with country legend Maren Morris for a massive North American tour – coming to Jiffy Lube Live on the Friday 31st August 2018! Get ready for an unforgettable night by booking your tickets in advance today – they aren’t going to last long!! 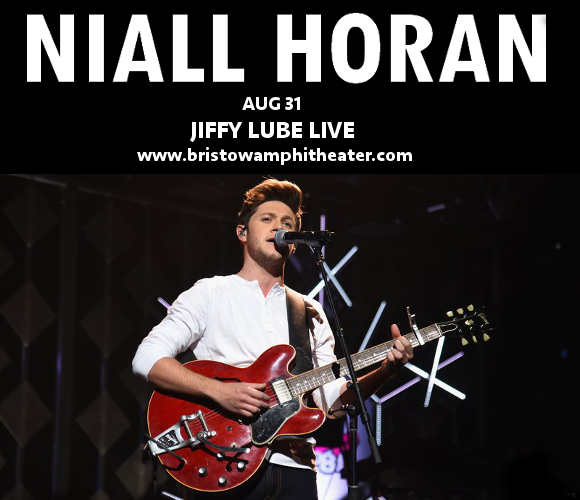 Since parting with One Direction to follow a solo career, Niall Horan has shown his versatility as an artist. His new album, “Flicker,” is influenced by classic rock, and his recent duet with Maren Morris – joining the singer on tour – showed how perfectly he blended with country! Who would have thought?? One Direction fans are loving every minute and new fans are joining in on the Niall Horan hype by the second!

Texan-born Maren Morris is possibly one of the hottest names in country right now, best known for her phenomenal single “My Church,” her first single, which hit number 1 on the Country Digital Songs chart in 2016 and was in the US Hot Country Songs top 5!! When Niall Horan dropped her an email to collaborate on his song “Seeing Blind,” she was only too happy to, providing an "infectious chorus accented by Morris' vocals,” as Horan described it.

We can’t wait to see these two superstars together live on tour – can you?? No?? Then hurry up and grab those tickets while you can – once they’re gone, they’re really gone!