Honda Civic presents an EPIC tour for 2017 with this unmissable line up! That's right the popular pop rockers OneRepublic have been booked to headline this incredible event and support acts won't disappoint… You can also catch, Fitz and The Tantrums & James Arthur as they join them LIVE at Jiffy Lube Live on Friday 21st July 2017! Tickets are NOW on sale – get yours quick to witness three talented artists all in one place! 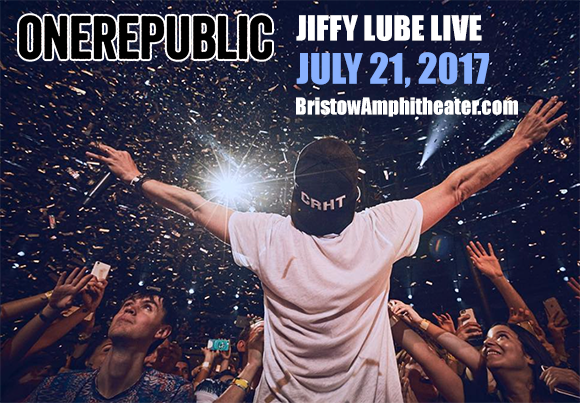 OneRepublic first broke onto the mainstream back in the early 2000's as they utilized their growing popularity with the help of Myspace (the platform for artists of the time). Every record label around the Country wanted to get their hands on this band as it was just a matter of time until their music was snapped up.

2006 saw their major success on the unforgettable track, 'Apologize' – one of their biggest tracks to date, with a push from Timbaland who remixed it, this became an international success and pushed them to number one in an impressive sixteen countries! It still can be heard on the radio today!