Jiffy Lube Live presents, on Saturday September 12th 2020, the Rascal Flatts Farewell: Life Is A Highway Tour! With Special Guests at tonight’s show Chris Lane and Matt Stell. The Rascal Flatts, the most awarded group of the genres’ last decade, are hitting the road for an unforgettable chapter in country music history, they will mark their 20th anniversary this year with a triumphant farewell tour. Buy your tickets now, this will be your final chance to see them live ever again! Baring anniversaries, comeback tours or revivals… But its your last chance right now, so, buy your tickets right here! 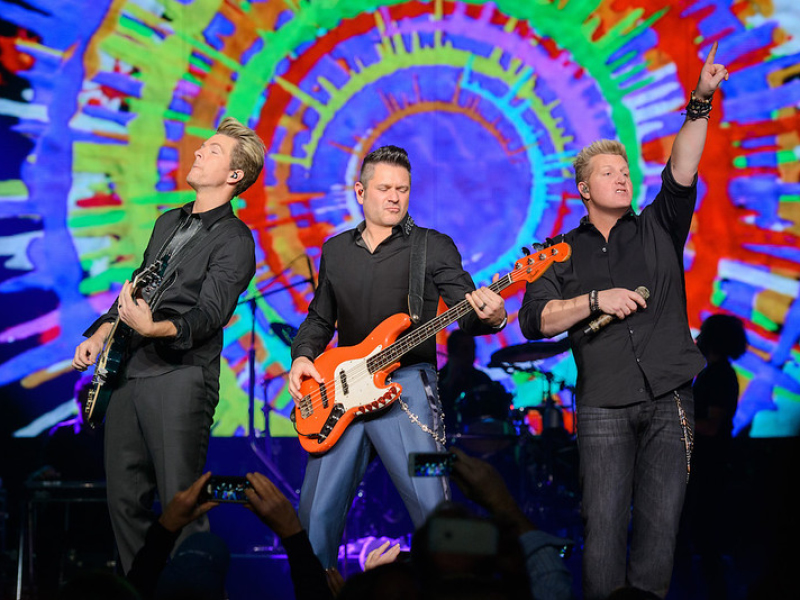 The Rascal Flatts are an American country band formed in Columbus, Ohio, in 1999. They are lead vocalist Gary LeVox, Jay DeMarcus on bass guitar, and Joe Don Rooney on guitar and banjo. In their 21-year run together they had 14 singles hit number one Billboard Hot Country Songs, their longest-lasting No. 1 single "Bless the Broken Road", spent five weeks in that position in 2005.

On January 7, 2020, the band announced that they would be disbanding following a farewell tour after 21 years together.
“When we started out 20 years ago, we could not imagine all of the people, places and gifts we would encounter,” said Gary LeVox. “The greatest feeling ever, is being told that our music has been the soundtrack to their lives. What greater gift can an artist receive than to be told ‘I got married to “Bless The Broken Road,”’ or ‘We played “My Wish” at my graduation.’ That ‘“What Hurts The Most” is the song that made me love country music for the first time,’ or ‘“I’m Movin’ On” helped me get sober’ or even that ‘“Changed” made me call my family again after not talking to them for years.’ That’s why we create music and the reason we can’t wait to celebrate this incredible 20 year journey all year, with our fans who we love dearly. I don’t know what God has in store for the future, but I am excited to see what he has planned!”