Everybody's favorite reggae rockers Rebelution are heading to Jiffy Lube Live on Sunday 28th June 2020 for a night of solid entertainment! As they always bring the party, Rebelution are one of the best American reggae groups around, with their laid back Californian roots, they give a energetic performance where-ever they go! This year, Rebelution will be embarking on yet another exciting tour for 2020! Join them for some summer fun as they take to the Jiffy stage in June! Tickets on sale NOW! 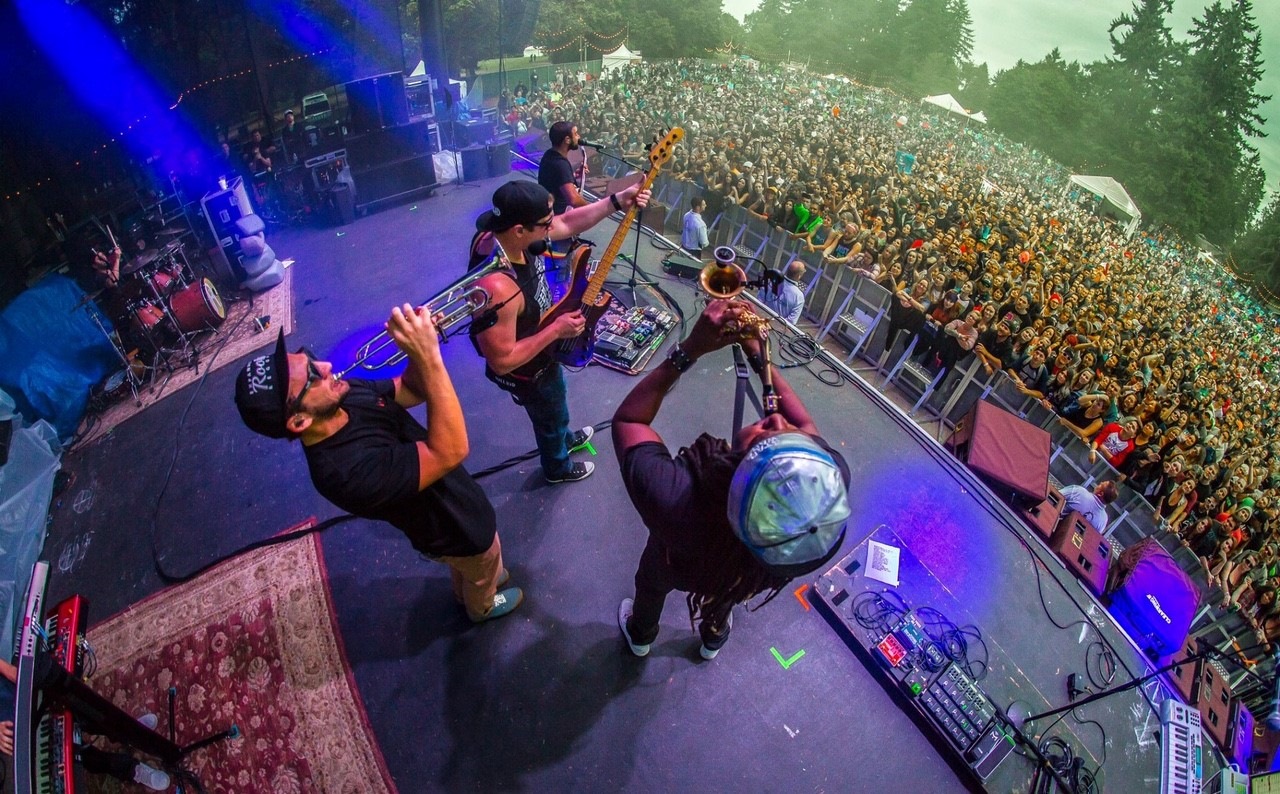 Rebelution are coming soon to Jiffy Lube Live as part of their 'Good Vibes' summer tour dates and fans cannot wait! As they bring with them a selection of special guests for each and every one of their 2020 dates, including a performance from the legendary reggae act, Steel Pulse! This summer is set to be one of Rebelution's biggest tours yet, with their groundbreaking material and a line up that fits any reggae fans dream come true, there's no better place to be than at Jiffy in 2020!

As they first formed way back in the early 2000's, Rebelution members, Eric Rachmany, Matt Velasquez, Rory Carey, Marley D. Williams, and Wesley Finley me at University in their home-state of California and the rest is history. With their joint love and passion for music, they quickly discovered their combined talents and started working on perfecting their sound. As they graced the stage around the local music scene, Rebelution built up their fan base and by 2007 where more than ready to produce their first album and spread their music to a wider audience. Courage to Grow put them on the musical map and is known best for its unique melodies, impeccable musicianship and of course the lyrical content that rooted in social and world events happening at the time.

With a major online following, Rebelution gained a worldwide audience and were played across the board on radio stations around North America and further afield in the UK and Europe. Their music took straight to the top five of the Reggae Albums chart and left their mark on the mainstream scene. With their success ever growing, Rebelution took to the studio once again to create their second record, Bright Side of Life, together they once again topped the Billboard and iTunes Charts and this time reached the number one spot on the Billboard Top Reggae Albums. As they showcased their talents through their records, Rebelution have become one of the hottest acts and have stormed the world, taking to some of the biggest stages including their features on the festival circuit. Their music has led them to perform on stage along side Slightly Stooped, Lauryn Hill and 2020 brings even more exciting names to their collection.

Come and catch Rebelution this coming Summer – there's nothing better than listening to live reggae music in the sunshine!