It's no secret from The Black Crowes fans that band and blood brothers Chris and Rich Robinson had a falling out and had not performed live together since 2013. Yet Chris was quoted as saying: “[Rich and I] were laughing, saying the one thing [we] can always agree on is, Shake Your Money Maker’s a good record.” And gazillion of their fans are nodding their heads in unison. And that's not the only thing Chris and Rich agreed on. As confirmed by the brothers' themselves, The Black Crowes are reuniting and getting on the road for 2020 tour dubbed as the ‘Shake Your Money Maker’ Tour, just in time as this legendary album turns 30 years old this 2020. Are you in for this family reunion? Be part of this family affair with The Black Crowes live and kicking at the Jiffy Lube Live on Saturday 11th July 2020. Don't be left behind, book your tickets now! 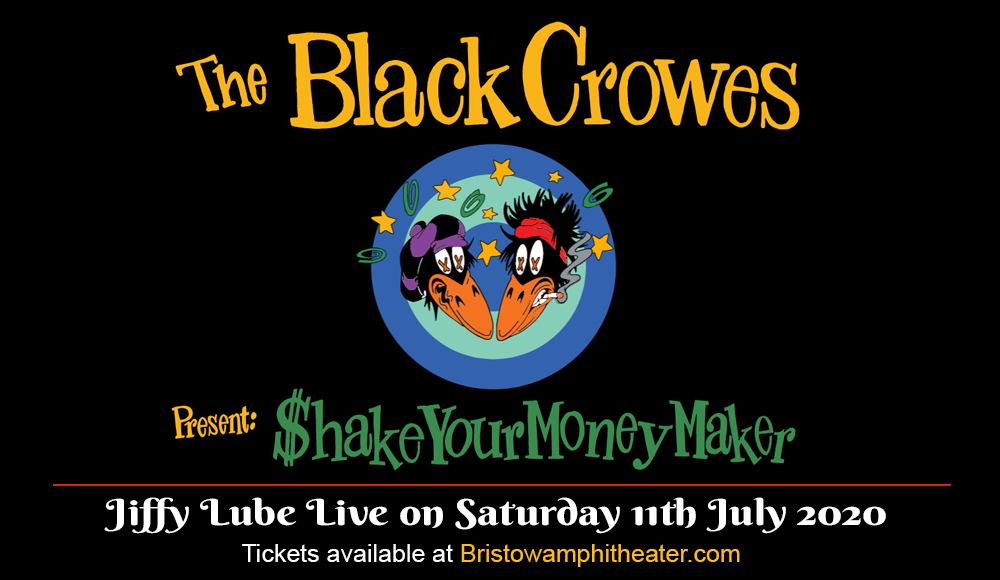 It was music that brought them together; the hype of it all tore them apart. But still music wins to bring them back together as band and blood brothers Chris and Rich Robinson are back to where it all started. It was thirty years ago that Southern and blues rock band, The Black Crowes, released their debut album 'Shake Your Money Maker". Indeed they shook things up when it was a time described by music critics and the press as "…when journalists were mourning the death of rock as cheesy pop and hair metal dominated the charts, The Black Crowes emerged from Atlanta to resuscitate it. The authentically gritty blues-rock album, whose title is an homage to blues legend Elmore James, went double platinum in its first year. " They were labeled by Melody Maker as "The Most Rock 'n' Roll Rock 'n' Roll Band in the World". VH1 listed them at number 92 on its 100 Greatest Artists of Hard Rock; readers of Rolling Stone voted them 'Best New American Band' in 1990.

The Black Crowes were reeling in the successful run of singles like “Jealous Again,” “Hard to Handle,” “She Talks to Angels” and “Seeing Things”, and equally chart-topping succession of albums followed, which led them to selling 30 million albums.

After a hiatus and their famous family feud, The Black Crowes are back on track and hitting the road again.

“I’m thrilled & blessed to be playing with my brother celebrating the music we’ve made & bringing our lives together full circle. Long live Rock n’ Roll & The Black Crowes!”, says Chris.

Rich Robinson echoes the excitement by saying, “First and foremost, I’m really happy to have my brother back in my life. To be able to play music again together and celebrate the first record we made as kids, is a gift. To have these songs stand up after 30 years is something I could’ve never fathomed.”

Now get things shaking from your end. Hurry, book your tickets now!