What an incredible line-up as the Grammy Award winning, mighty rockers – Train come to Headline Jiffy! With support from the sensational female-singer/songwriter Natasha Bedingfield & O.A.R!

It's shaping up to be a big year for all of these incredible acts as they hit the road together to bring you the very best in music… this particular show is bound to be a sell out so be sure to book your tickets early and get on down to Jiffy Lube Live on Saturday 10th June 2017! 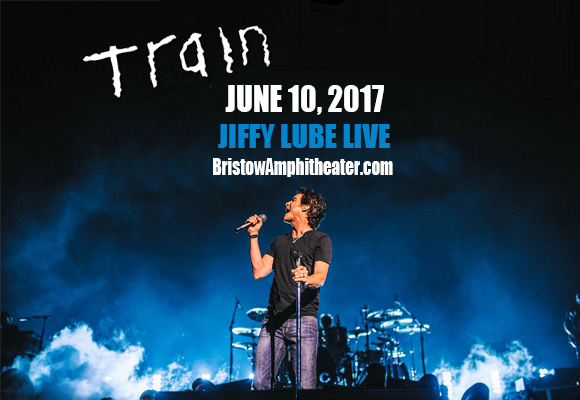 This year you can catch the one and only – Train as they bring their 90's infused sound to the LIVE stage in the heart of Summer 2017.
As many know, Train broke through onto the mainstream back in 1998, with the release of their acclaimed debut album, and have been blowing away crowds ever since – for almost 20 years!

These talented guys have received a double Grammy Award winning single “Drops Of Jupiter” and have sold an impressive 10 million albums, 30 million tracks worldwide (including the RIAA 6x Platinum-certified world-wide anthem "Hey, Soul Sister"), with all of their albums throughout their career and their seventh studio album Bulletproof Picasso, Train have become long-running stars of American Rock history!