No-one puts on a show quite like Zac Brown Band! The three-time Grammy Award-winning group comes to Jiffy Lube Live on Saturday 27th June 2020 on the Roar With The Lions Tour, which sees them performing very special themed set that features a range of songs from throughout their mighty back catalog, plus some select covers, that revolve around themes of "strength, courage, and loyalty!" Lions evoke thoughts of steely determination of will matched with feelings of golden summer, and that couldn't be more appropriate for this shining and unstoppable band! 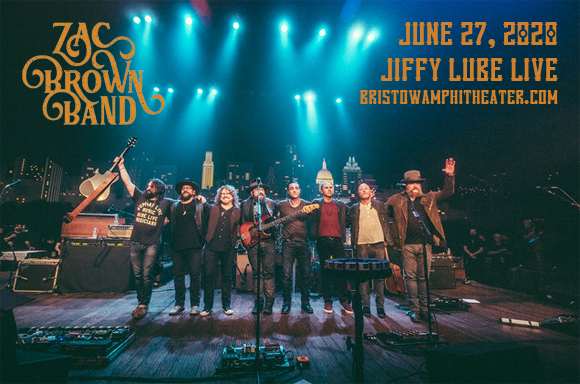 It was the 2008 number one single "Chicken Fried" that catapulted country crossover group Zac Brown Band to stardom, gaining five-times platinum certification from the RIAA, as did the album it came from – The Foundation. However, this was no overnight success… A man of the road, who was determined to put the time and effort in to do what it took, when Zac Brown began, he was playing upwards of 200 shows a year, gathering friends along the way, who would slowly become his bandmates. It's this